There is plenty of books writen about Paul Klee and his work, the most inspiring one for me are his notebook and his studies. His first Notebook „Das bildnerische Denken“ or „to think in pictures“ has been translated from German in 1956 by Ralph Manheim in Notebook, Volume 1 The thinking eye (Lund Humphries, London). For me personally, the work of Paul Klee between 1920 and 1930 as well his pedagogic concepts are inspiring, and I beliefe his teaching is still important today. 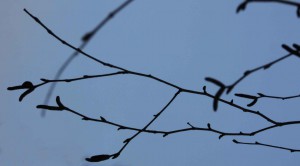 His teaching is simple to apply, even in primary classes some of his ideas are used, e.g. the simple fractal lines of a tree or a leave. We all can take his notes, going out into the nature and make the same experience then he did. However, I do not believe Paul Klee would like to see him as a scientist, in spite he tries to find a logical justification in the law of creating picture. Outside, we can look at the tree, and we find that each tree has a specific order in which a line gets split into branches, smaller and smaller. Today, his observation has been brought much further into mathematical fractals and computer programs to let the avatar running into a real world.

Pauls teaching about endotopic and exotopic appearance of cube looks to me, like a holographer  searching for his image plane. 50 years later, with the development of Computer and laser, his search of the absolute/perfect representation of art is becoming a scientific truth. The observed idea in the mind of an artist can unfold a reality in the mind of scientists and vice versa. Dietmar Öhlmann 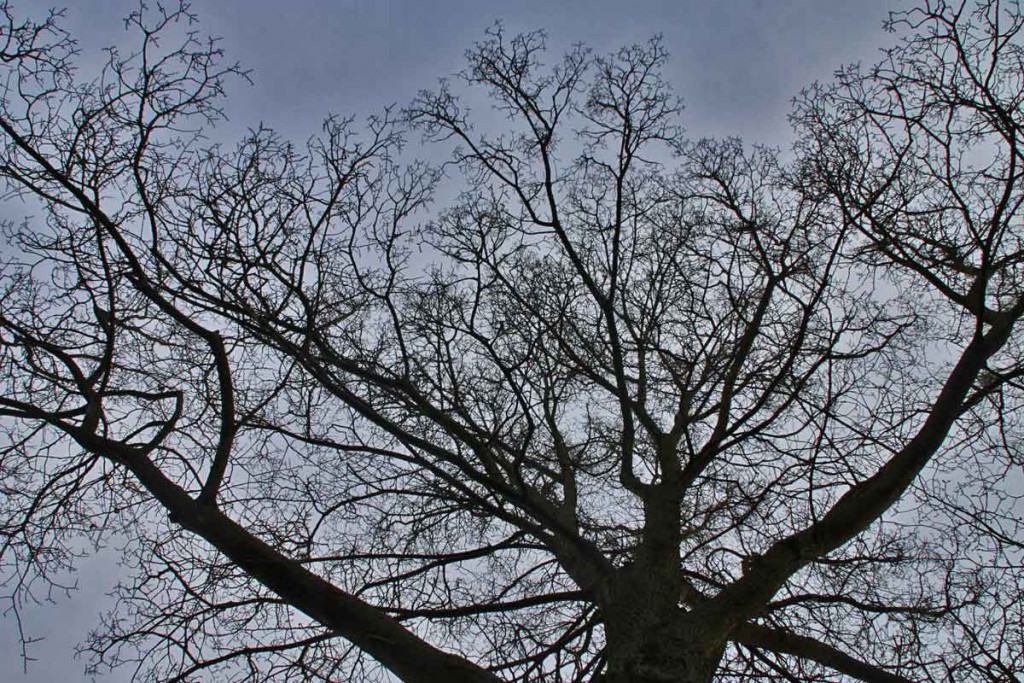 The today research on the psychology of perception, like Kevin O’Regan, director of the psyhology and perception  laboratory of Rne Descartes University in Paris explains, the perception is not an internal model generated by the brain, it is not generated by automatic neural static, but is structured by sensorimotor contingencies of the organism interacting with its environment. These contingencies would guide our perceptual capabilities and could also be at the same origin of the organization of space. The perception is not something that we can think, but something we can do, or experience. For example, we cannot represent ourselves what is a malleability of a deformable object by an internal model. We cannot imagine what a hologram is as long as we did not see it. However, we can experience this feeling either, by manipulating the object itself, either, by reactivating the neural structure associated to the corresponding sensorimotor coordination already known, and experienced. We can recall the feeling of time space relationship of a hologram once we  have experienced it.

The thinking eye of Dietmar Ohlmann is this multiple perception of a mass of information in relation to a universe of visual realities and individual representations, coordinated with motoric training. The many works of Dietmar with optics and lasers, physics questioning, and holographic perception, have contributed to generate  his representation and construction of an image. It is reflecting the multidimensional model he has experienced, acquired and developed as referance also called invariance.  The experience of a multidimensional model being acquired, he does not need any more to work with holograms. Any media he uses, could still contain his multiple perspectives of one reality expressed in one instant and in a specific space. When painting or drawing, the repetition of lines next to each other indicates the succession of frequencies, vibration in time and space. In the None Hologram series, the sculpture out of the grid, creates lines, forms, and an infinite colored composition. Dimension and multiple forms, are rendered out of materiality, reflecting light and personal interaction, but no hologram. All is interrelation, all is part of the whole. The “I” is not separated from the whole or from the object like in the Thinking Eye of Paul Klee: Paul Klee sees himself as an observer, Dietmar Ohlmann as an actor.

For Dietmar seeing is a process and a source of creation. It is not just located in the eye sensors, nor in the brain which partially treats the electro impulses transmitted by the eyes organs and other sensors. The thinking Eye is a whole process of information which takes place in relation with, within and without the body and its environment. 1000 years ago, it was said that light was entering our eyes, now we say that the impulses are a matter of the sense organs, the outside and the motivation. The will, the goal is a key element in any act, any process of acquisition, and production. This is why Dietmar Ohlmann can say: we see, what we want. Nevertheless we need to add that “what we want to see” is a lot related to the references or the invariance or the canvas of experiences acquired. Nevertheless, when hypnosis method allows people to recall plate numbers of a car which flew after an accident and cannot be recalled in a normal stand of memory, we can understand, that the amount of stored information are far beyond the ones we are aware of and kept as referent. In his work “Scream” Dietmar shows that he is overwhelmed by information. The silent scream is hold by the hand while his faces is multiplied in his hear. Indeed, in multidimensional universe, ordering, sequencing, organizing, rendering information is a much more complex process than in a linear 2 dimensional structure. Meanwhile, it allows you to access a wide range of none classified information, which can be recalled when the mind touches an object, when the mind hits a situation which wakes up, stimulates a creative process. 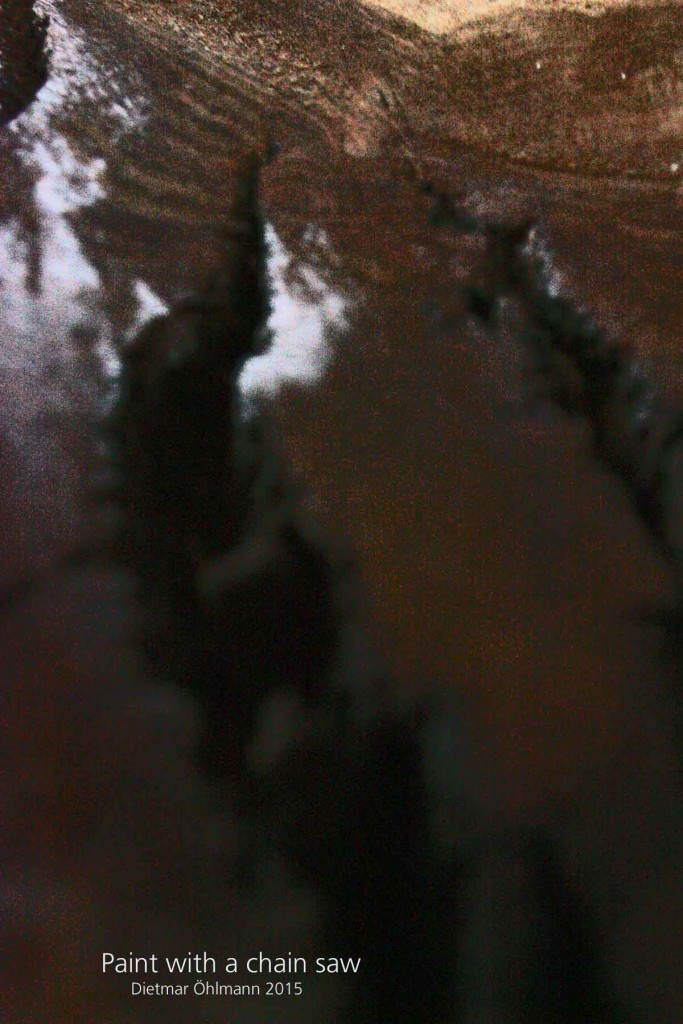 Da Vinci wrote in his notebook that „all the branches of a tree at every stage of its height when put together are equal in thickness to the trunk.“ In other words, if a tree’s branches were folded upward and squeezed together, the tree would look like one big trunk with the same thickness from top to bottom.